In China, Chinese New Year, or Spring Festival, is a time for all family members to get together. Whenever they are, they would come home to celebrate the festival and have a reunion dinner, which is believed to be the most important meal of a year. This year, however, more than 5 million Chinese eschewed the tradition of eating dumplings with relatives at home, and instead traveled abroad during the Lunar New Year holiday that ended on February 25, a 10% increase from last year, according to Xinhua – the state news agency. For the first time, Chinese tourists bound for foreign lands outnumbered those vacationing domestically.

Flush with cash and wanderlust, Chinese are now eager to explore the world. So, what do Chinese tourists do on their overseas trips? Below is Attract China’s list of top 10 Chinese tourist activities: 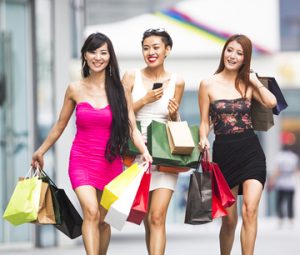 Shopping is the No.1 activity of Chinese outbound travelers who fill their suitcases with luxury items not only for themselves but also as gifts back to their friends and relatives. It is the huge price gap that keeps encouraging China’s wealthy to spend large amounts of money overseas. Due to the country’s hefty import tariff and consumption tax, as well as higher pricing strategies, many luxury products in Mainland China can cost two to three times as much as the exact products sold in western countries.

For the first wave of outbound Chinese tourists who traveled in groups, visiting a city equals to taking tour buses to the city’s landmarks. So, what they did was to get off the tour bus at a landmark, take photos, and get back on the bus heading to the next. Today, although Chinese are opting to independent travel for deeper cultural experiences, taking snapshots at landmarks remains a must. “My friends would be shocked if I told them that I went to New York without visiting the Statue of Liberty,” said Xiao Huang, a young Chinese traveler who traveled around New York on his own. 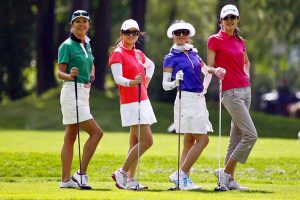 Although China is in the middle of a golf boom, there are very few good golf courses in China. Ten years ago, the Chinese government placed a moratorium on new courses, making it even more difficult for Chinese golfers to enjoy their new hobby at home. According to Paul Tambakis, director of the U.S. Commercial Service office in Irvine, “80% of Chinese golfers are taking trips to play golf.” He called golf “the hook” to get Chinese travelers to pay a visit.

Medical tourism, once the exclusive preserve of the rich, is growing and changing in China as the country’s expanding middle class travel abroad for medical care as diverse as plastic surgery, extensive checkups and cancer treatment. Hospitals and clinics in developed countries like South Korea, Singapore, Europe and the United States have seen a significant increase in the number of medical tourists from China. The South Korean government is setting aside as much as $4million a year to help promote its medical tourism industry, which is dominated by plastic surgery, to Chinese travelers. 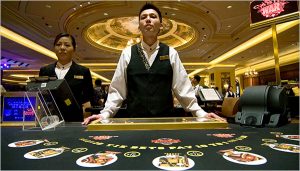 Macau is the destination of choice for Chinese gamblers because gambling is illegal in Mainland China. Recently, however, the Chinese government set restrictions on gambling in Macau to avoid illegal money laundering, which has driven more Chinese tourists – high rollers, in particular – to foreign casinos. In the past 5 years, the number of Mainland Chinese and Hong Kong tourists traveling to gambling hotspots Las Vegas has increased 80%, reported by the Wall Street Journal. 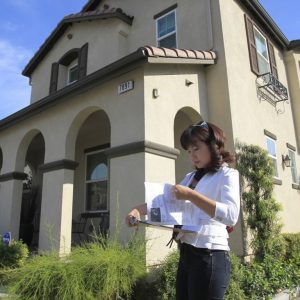 Chinese people firmly believe in owning land and properties as a way of investment. With soaring inflated property prices in China, many people choose to invest overseas to keep the value of their money. In China citizens technically own their property but not the land because the land belongs to the government. Being able to own a piece of land and a property in a foreign country for a fairly affordable price can be a real draw for Chinese citizens. And, on their leisure travels, they often keep an eye out for any eye-catching properties.

The current group 20-40 year olds in China are the first generation born into the one-child policy. They have more spending power than any other generation and tend to highlight their individuality. So, their marriage planning includes the quest for a unique honeymoon experience, often co-financed by their parents. In fact, it’s common for Chinese newlyweds to honeymoon abroad, with tropical island vacation being the first choice. To a certain extent films and TV series have also influenced where they go for a romantic honeymoon. Seattle holds appeal for Chinese because of the romantic comedy classic “Sleepless in Seattle” and the last year’s Chinese movie “Beijing Meets Seattle”. 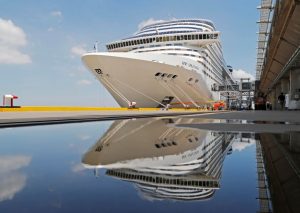 Cruises are the newborn in China’s overseas tourism market, but statistics from China Cruise and Yacht Industry Association show that the market has been growing at an astonishing rate in recent years: Chinese people made 1.4 million trips on cruise liners in 2013, compared with about only 10,000 in 2005. Last year, the world’s No.1 cruise operator, Carnival Corp., took a leap and added a third ship based in China which increased Carnival’s total 2014 capacity in the country by 66 percent.

70 percent of Chinese tourists traveling abroad are now on their own. The increase in the independent outbound travel has also caused a road trip boom. For many independent Chinese travelers, self-driving is the best way to see and explore a destination. Figures from the China outbound self-driving 2014 report shows that more than 46 percent of the Chinese tourists prefer the United States for the destination of self-driving trips, way more popular than other countries that ranked high, including Germany at 7.89 percent, Australia at 7.6 percent, and France at 6.23 percent.

According to Bloomberg Business, Chinese students have a new favorite summer destination: Harvard University. The surge in interest underscores both the prestige of obtaining a degree from world-class colleges and the burgeoning affluence of China’s middle class. The past few years have witnessed a huge increase in both Chinese visitors and applications to attend top American universities. Last June, Hainan Airlines Co. started direct flights from Beijing to Boston, the most desirable study destination for Chinese, and increased the frequency from four times a week to daily from July 18 through the end of August.

At Attract China, we’re always excited to see more companies benefiting from the Chinese outbound tourism market. If you’d like to chat about how we can help your business attract more Chinese tourists, contact us.