The global cruise market sees Chinese tourists as the golden future. According to researcher Euromonitor, the Chinese market for cruise travel could nearly double to $11.5 billion in sales by 2018, compared with $6.8 billion in 2013.

Cruises are the newborn in China’s overseas tourism market. However, statistics from China Cruise and Yacht Industry Association show that the market has been growing at an astonishing rate in recent years: Chinese people made 1.4 million trips on cruise liners in 2013, compared with about only 10,000 in 2005. At the same time, HNA Tourism Holding (Group) Co Ltd, a major Chinese operator, has witnessed that the passenger load factor of its first domestic vessel, Henna, rose to 75% in winter 2014 from 60% in early 2013.  As the market reveals huge potential, more China-focused marketing spend is being budgeted by the major cruise operators.

Nowadays, China has five major coastal tourist resorts: Bohai Bay, Yangtze River Delta, Pearl River Delta, the west side of the Taiwan Strait, and Hainan Island. Opportunities in China’s marine tourism have not been fully exploited, with the past efforts mainly focusing on sightseeing, water sports, and pop-science. In the near future, cruise voyages will complement the overall structure of this promising market. 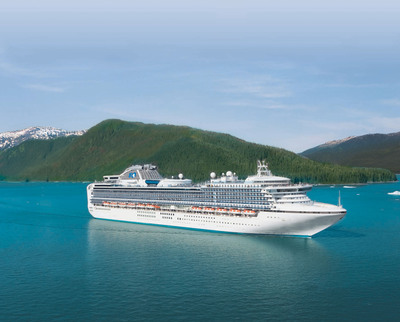 So far, North America is the largest cruise market in the world, with around 60 percent of 21.6 million passengers worldwide in 2014 originating there and an estimated annual revenue of more than $20 billion, contrasting with Asia’s less than 7 percent of total passengers, according to data from Cruise Market Watch.

However, as the industry’s fastest-growing market, China is gaining more attention. Worldwide cruise operators are stepping up efforts to win the lucrative outbound Chinese traffic. Last year, the world’s No.1 cruise operator, Carnival Corp., took a leap and added a third ship based in China which increased Carnival’s total 2014 capacity in the country by 66 percent. This year, with four ships based in China for the first time, Carnival’s industry-leading capacity is expected to jump 140 percent over a two-year period.

Carnival Chief Operating Officer, Alan Buckelew, said the company is looking at double-digit growth in China—20%, 30% annually—over the next few years while overall growth in the industry is around 3% and 4%.

Every culture has its customs. To grab a slice of the Chinese tourist pie, global cruise operators must improve their cultural sensitivity before embarking a ship.

The primary task is to remove the language barrier by hiring Mandarin-speaking staff and offering translated materials. That’s exactly what worldwide retailers and hoteliers are doing right now.

In terms of food, Chinese people see champagne brunch and luxury dinner buffet as typical western traditions. They are eager to experience it onboard and “boast” about it on Chinese social media — Weibo and Wechat. However, the novelty wears off quickly when Chinese passengers realize that Chinese food is what their tastes and stomach’s are used to, especially for the older generation who are not ready to fully embrace Western cuisine. So, it will be highly appreciated by tourists if certain Chinese food, such as dumplings and noodles soups, are offered as a dinning option. Hot water and tea should be offered at any time, as this is a staple in the Chinese diet. Learn about in-room amenities that Chinese are looking for.

Nearly everyone who goes on a cruise vacation does a bit of shopping, including Chinese travellers – the world’s biggest spender – who purchased up to 47% of the world’s luxury goods in 2013, representing $102 billion. To lure wealthy Chinese travellers and satisfy their appetite for luxury shopping, many cruise operators have added duty-free stores onboard their cruise ships.  In fact, during their overseas trips, Chinese people buy luxury items not only or themselves but also for their colleagues and friends due to the gift-giving culture in China.

The Chinese market for cruise travel has just embarked on an exciting journey. If you are a cruise operator who wants to grow bigger, set your eyes on China.

Contact Attract China to find out how you can benefit from a record number of independent Chinese tourists.

Cruises Seeking a Slice of the Chinese Pie
Scroll to top