According to China National Tourism Administration (CNTA) statistics, China has become the world’s largest outbound tourism market. Chinese travelers are now the top source of tourism cash in the world, spending $129 billion in 2013, a 26% increase from 2012.

As China’s travel market heats up, so will the competition. Today, the travel and retail industry in popular destinations worldwide is stepping up efforts to win the lucrative outbound Chinese traffic.

So, what are the favorite destinations of Chinese tourists? Below is the top ten, based on a 2014 survey by the China Tourism Academy (CTA). 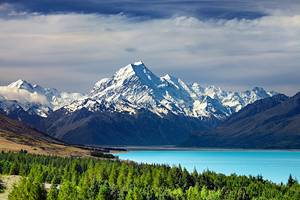 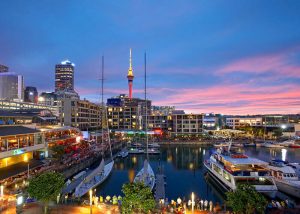 The survey results showed that New Zealand was rated as the most satisfying destination with positive approvals of above 80 points for each indicator.

The country offers everything that Chinese people can’t get in their own country: clean air, blue sky, picturesque landscape, un-crowded environment, and perfect city infrastructure.

In addition to New Zealand’s beautiful nature that provides an escape from China’s smog, the country’s promise of an outdoor adventure also fueled interest among the young and well-to-do Chinese independent travelers. According to China’s state television broadcaster, CCTV, post-80s mainlanders see the country as a hotspot for road trips. 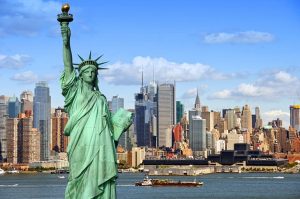 In China, the US is widely known as the land of freedom. Chinese people view American culture as a “typical western culture” – liberal and individualistic – almost the exact opposite of their own culture. Today, famous theme parks like Disneyland and Universal Studios in America are attracting millions of young Chinese each year who are fond of American pop culture.

Chinese visitors to America also spend big money on luxury shopping. In 2013, Chinese spent a stunning $6,300 per person per trip to America, far more than any other nationality. American shopping malls and outlet stores now are busy catering to Chinese consumers’ rising demand for luxury items, hoping to benefit more from their strong purchasing power.

Similar to New Zealand, Canada has become a top travel destination for the Chinese because of its beautiful scenic views and various outdoor activities. Canada also takes advantage of its ever-expanding Chinese communities to make the country’s travel industry more Chinese-friendly.

As a country of immigration, Canada sees strong year-over-year growth in the number of its Chinese visitors, many of whom are there to visit their relatives or friends. Chinese visits rose by 4.6 percent, to a record 43,102 in August this year, making it Canada’s second-biggest source of overseas tourists after the U.K. 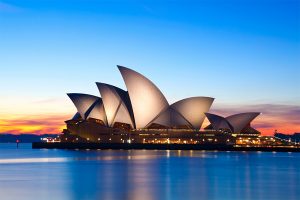 The Chinese always compare Australia with Canada as two best countries for immigration. In terms of travel, however, the two obviously offer very different experiences.

Australia is one of the countries that are endowed with the best seaside resorts in the world. Its famous surf beaches, idyllic seaside towns, and amazing national parks are all strong attractions to China’s outbound travel market. Sydney and Melbourne are the most visited cities by Chinese travelers to Australia. 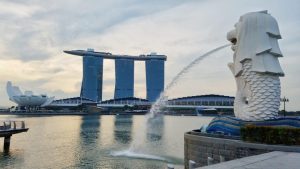 Known as the “City in a Garden”, Singapore is a tiny (the second smallest country in Asia) but beautiful country that has its unique appeal to Chinese travelers. It became the most popular destination for the first wave of Chinese outbound travelers who “finally got to see the world” in the late 80s to early 90s. Today, the Chinese still have a keen interest in traveling to Singapore for its high end gambling and monster theme parks. 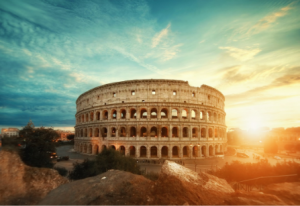 Italy is gradually becoming a must-see for Chinese travelers to Europe. In 2013, 2 million Chinese tourists visited Italy, up 30 percent from 2012. Appealing elements for Chinese tourists in Italy are: history, arts, food, wine, and luxury shopping. Other sectors are gaining importance such as ski, golf, music, and seaside. Many Chinese say they enjoyed a real cultural experience during their trip to Italy. Some others voted it as an ideal wedding destination.

Thailand is the most popular tourist destination in Southeast Asia, famous for its Buddhist temples, rich culture, and amazing beaches. It first gained the favor of Chinese travelers as early as 1980s, and has never lost its charm due to the easy tourist visas and the low costs. Thailand’s ladyboy (transgender woman) shows also arouse the Chinese’s interest in visiting the country. Today, however, as more Chinese opt to explore destinations outside Asia, Thailand’s travel industry is figuring out new marketing strategies.

Chinese people perceive the UK as one of the most sophisticated tourist destinations in the world. Its principal attraction resides in its royal culture, fine dining, and elegant lifestyle. Luxury shopping is also a main driver for Chinese visiting the UK. In fact, China has become a key market for the British luxury giant – Burberry. Britain’s tough visa rules for Chinese visitors once put the country in danger of losing out on tourism from China. Over the past two years, however, UK government has been working hard to make visas more accessible to high-spending Chinese tourists. 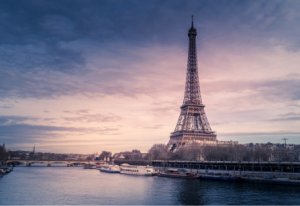 In the eyes of many Chinese, France is synonymous with romance, making it a top destination for weddings and honeymoons. French icons such as the Eiffel Tower, Louvre and Bordeaux wine are all widely admired in China. It is also one of the most preferred shopping destinations for Chinese tourists who clamour for high-end French luxury brands, such as Coco Chanel, Louis Vuitton and Hermes. With a hope for long-term gains in China’s outbound travel market, French tourism bureau is busy preparing itself to meet the market needs. 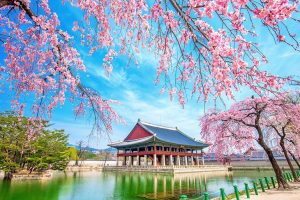 The impact of Korean soap operas and skin care brands is huge in Asia, especially in China, making it a popular travel destination. At least 5.6 million Chinese visitors will enter the country by the end of 2014, up 30 percent from 2013. A visa waiver program for Chinese nationals visiting Jeju Island and more air routes linking the island with major Chinese cities combine to attract more visitors and to earn more from its existing stream of travelers. South Korea is expected to overtake Thailand on this list in the next few years.

Are you missing out on Chinese tourism spending? Contact Attract China to find out how you can benefit from a record number of independent Chinese tourists.

What Are the Favorite Destinations of Chinese Tourists
Scroll to top